Bail bonds services are commonly used to pay bail for someone that is arrested and does not have the money to pay their bail. You need to understand some things before you hire a bail bondsman, but the bail bond service is often the best solution for someone that otherwise would not have the resources to get out of jail while they await a trial.

If you are in jail and looking for a bail bonds service to bail you out of jail, you can call a local bail bondsman to come to meet with you at the jail. If you are not sure who to call, the jail often has a list of local bondsman that you can look at and pick someone from the list, or in some facilities, they have a rotation of bail bondsmen available to come and meet with people as they come into the jail.

In either case, you will have to discuss the terms of the bail with the bondsman to determine if they can help you get out of jail. Often once the bail is set, you will need to sign an agreement with the bail bonds service and pay a fee for them to cover the bail for you. For large bail amounts, the bail bonds service may require daily check-ins or some other special guidelines to ensure you do not fail to appear and cost them a lot of money.

Remember, the bail bonds service will pay your bail for you, but if you don't show up in court, they will lose the money, and most services will begin looking for you so they can return you to jail. Often this is the only way for the service to recover their money from the court, and they will aggressively work to recover the money they put up for your bail. 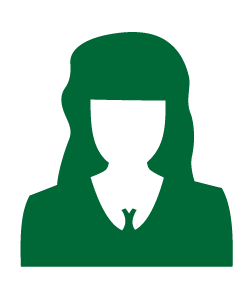 Gold Bullion Coins: A Solid Investment
19 October 2022
Investors who wish to diversify their portfolios have a number of options, one of which is precious metals. Gold, in particular, is an attractive inve …

How Social Chats Can Aid Cryptocurrency Investing
15 June 2022
If you're just getting into cryptocurrency investing, there are fortunately a lot of resources at your disposal. That includes social chats, which can …